Discover the 'dos and don’ts' of dandyism, according to artist Aubrey Beardsley

Stephen Calloway, curator and art historian: Aubrey Beardsley was one of the most fascinating of artists. He was born in 1872 so he's Victorian but he came of age in this extraordinary decade of the 1890s. As a child he was diagnosed as being tubercular for which there was no cure so he must have always known that he would die young. By the age of 25 he was dead. He was intent on causing a sensation and he certainly managed that.

Holly James Johnston, academic and drag performer: Do you think that we can consider Beardsley as a dandy?

Stephen: I think he kind of fits a kind of really interesting pattern of where dandyism had got to by the 1890s and it's meant different things at different times but he's sort of fascinated by the idea of creating image, whether himself or on paper.

Holly: How would you define dandyism?

Stephen: I think everyone's got their own definition in a curious way. Baudelaire said the clothes are only the symbol of an inner sense of superiority. That quite appeals to me.

Holly: I think for me I've always associated dandyism with the aspirational and the unattainable. Growing up most if not all representations of the dandy depicts him as male so being a girl that mode of masculinity always seemed inaccessible to me, which is why I think dandyism

lends itself so well to something like drag because drag can by nature be an art form that is temporary and that sits outside of the everyday. As a drag king the whole notion of dandyism really appeals to me as this exuberant other way of being.

Stephen: Yeah it's interesting whether dandyism is performative and whether it's the performance of five minutes on stage or whether dandyism is performative in the sense of it being a lifetime's performance. It strikes me that Beardsley actually loves the whole notion of dressing up. The whole world is a dressing up box for him. He loved to dress himself very elegantly but the details are often just that little touch more extravagant.

Holly: And I think with dressing up there is always that element of a fantasy which I think the dandy really embodies because they do stand outside the parameters of everyday life.

Stephen: This place is wonderful, it's got a thousand different looks that we can choose from.

Holly: You’ve got the velvet.

Stephen: Velvet is always the answer, whatever the question.

Stephen: Yes I think I need something in a similar line. There. A velvet frock coat, I think that's quite 'moi'.

Stephen: And how many buttons have you done up?

Stephen: There's a lot of argument about buttons. If you've got three buttons you can only do up the middle one. If you've got four you can do them all up

Stephen: Is that looking promising?

Holly: Yes I think that coat was made for that outfit

Stephen: I think I might just possibly walk away wearing this one

Stephen: Aubrey Beardsley's sister Mabel was an aspiring actress. She actually quite often dressed as a man and there are paintings that show her wearing men's costume of the day. So tell me all about this drag performance?

Holly: Some of the time I am known as a drag king called Orlando, a reference to Virginia Woolf's novel. You have Woolf's play on gender and as an English student it seemed obvious.

Stephen: I think Beardsley would have actually got it. I think he was very well aware of the idea of how much is it real, how much is it just fantasy?

Stephen: Beardsley came up with wonderful ones like 'I caught cold by going out without the tassle on my walking stick'. He knew exactly how to manipulate publicity as well, he's very very clever at creating his own image. The minute he becomes famous people start to interview him for magazines and he spins them wonderful lines. He says, ‘Oh I can only draw at night with the curtains drawn by the light of two ormolu candlesticks'. He knows exactly how to position himself to indicate that he belongs to this very precious world of decadence. Baudelaire's wonderful line is that 'dandyism is the last spark of heroism amid decadence'. I think that kind of fits Beardsley rather beautifully.

Holly: I like the idea that with dandyism as performative, what's happening beneath the performance. I think that's what really interests me.

Stephen: I love the story of Beau Brummell and his spending four hours getting ready to go out for 20 minutes and of trying endlessly to tie the perfect cravat and his manservant found with an arm full of crumpled scarves saying 'These, sir, are our failures'. It's just that wonderful idea that you've got to get it right.

Holly: Historically there was a real class implication which I think for a lot of people definitely ties into the idea of dandyism as being unattainable.

Stephen: The funny thing is you get lots of different sorts of dandies even from other what you might call walks of life. I'm thinking of the sapeur and I think they kind of reference zoot suits and fifties and sixties tailoring. And the way that they take traditionally Western cuts and styles and reimagine and reinterpret them with really bold colours. They create an amazing effect and absolutely live the dream.

Holly: So maybe we could say then that dandyism is something which can be reconsidered, reimagined and reinterpreted by anyone really.

Stephen: It's that idea that you create yourself to make your own statement

In this short film, watch curator and art historian Stephen Calloway and academic and drag performer Holly James Johnston sit down to tea for a conversation about artist Aubrey Beardsley, drag, gender and the joy of being a dandy.

Historian Thomas Carlyle said that the dandy “is a Clothes-wearing Man... whose trade, office and existence consists in the wearing of Clothes.” He meant this as a criticism, but fashion is clearly crucial for the dandy.

But the dandy is more than just a walking wardrobe. Dandyism is about the things you say, the places where you are seen and the company you keep. To be a dandy is to recreate and reimagine your own identity. 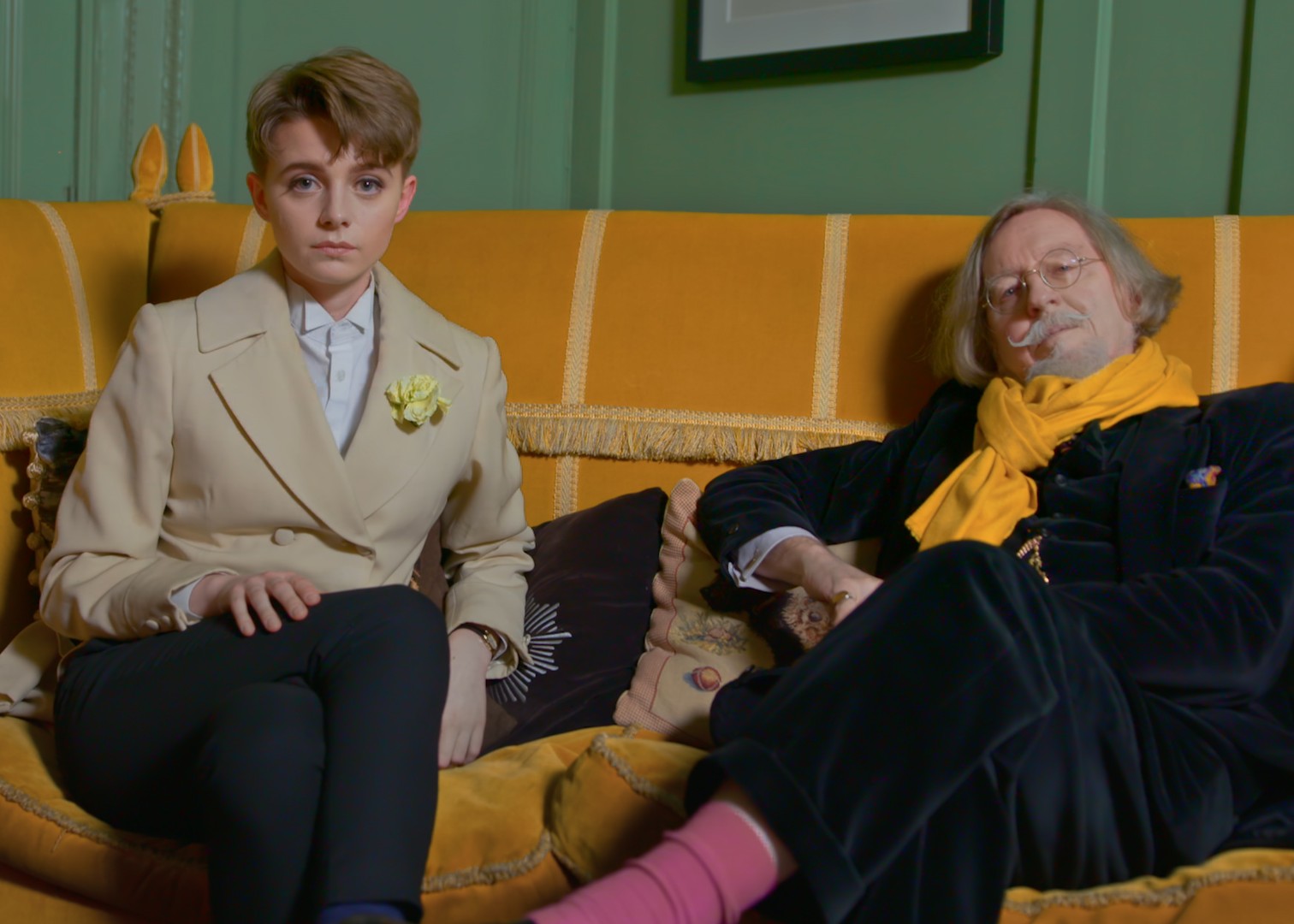